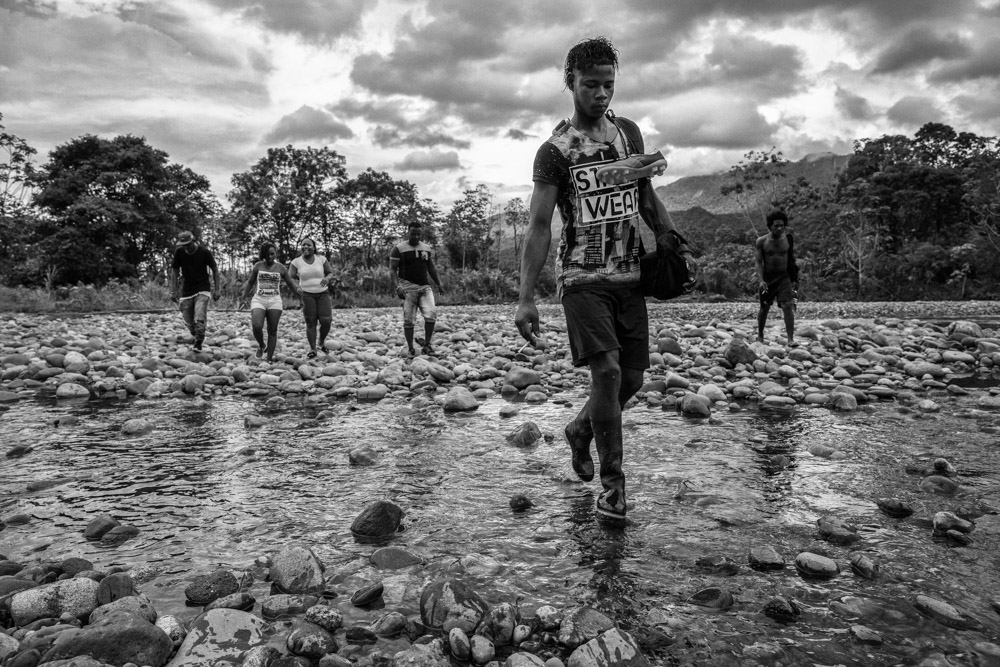 September 16, 2017. River Acari, Choco Colombia. Kleider Palma (23) navigate on boat along the Acari river with his fellow members of the 34th front of FARC Vegaez, Antioquia. An hour ride to be able to play soccer with local residents and with the 94th infantry Battalion of the Colombian Armed forces. Kleider joined FARC at the of 18 after the group visited his village he was recruited with his cousin. He always wanted to be a professional player but never had the chance to. After FARC signed a peace agreement with the Colombian Government around 7,000 members disarmed and were settled in 26 transitional zones around the country. Part of the reintegration and a way to win hearts and mind, FARC is beating on forming a professional soccer team. For now FARC teams play against local communities as they wait for assistance from the Government’s sports agency Coldeportes and start a talent program that can foster players for a professional team.