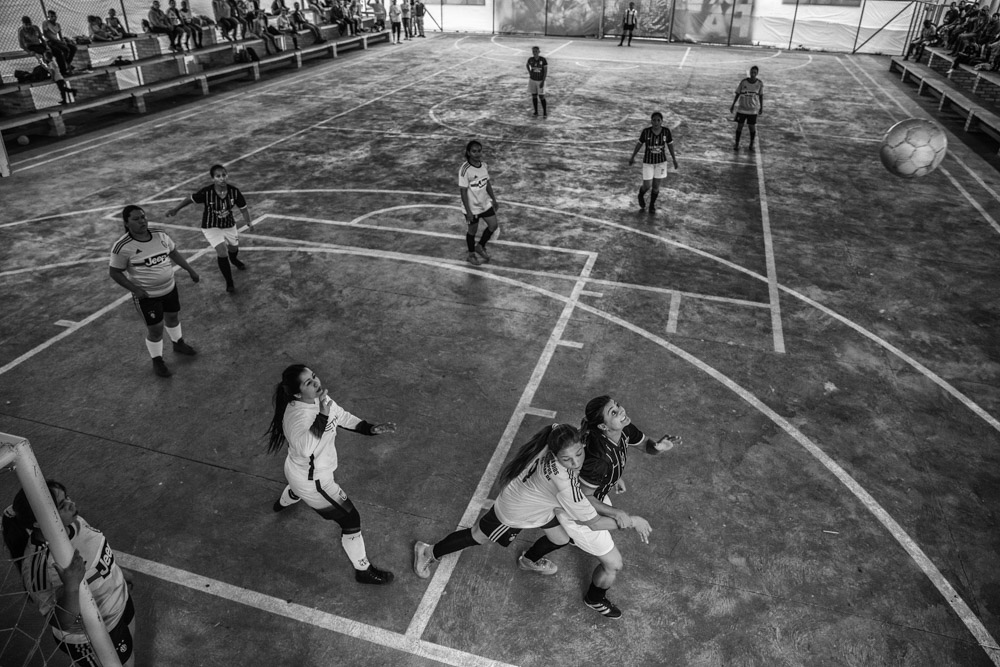 September 25, 2017. La Elvira, Cauca, Colombia. FARC women soccer team (black) play against the local village of La Esperanza at the transitional zone’s indoor football court. After the peace agreement was signed between the Colombia Government and FARC in October of 2016. FARC members were divided into 26 transitional zones. The women’s soccer teams since April of 2017 have started to play game with local communities. Xiomara Mendez recalls that in times of combat they would play soccer in the middle of the jungle and two women were always included in the men’s team but never had the opportunity to play all women’s games.